MURFEST 2016 will take place from 4th until 6th November this year. We’ve collaborated with the MURFEST team to bring you more details on what to expect over the course of the 3-day event that integrates “Wellness, Music & Dance”. Over 80 world class facilitators, musicians and artist will be coming together to support this great cause. Over the next few weeks you’ll be getting to know the fabulous instructors and trainers who will be conducting workshops at MURFEST 2016. First up, let’s get to know some of the instructors who will be making appearances at MURFEST.

Born in Malaysia and raised in New Zealand, James Wong is equipped with years of spinal manual therapy knowledge, and more than a decade of experience as a yoga instructor. James is a proponent of spine and joint mobility, and teaches spinal roll movements that allow for more fruitful yoga poses.  He will be conducting two workshops at MURFEST.  The first is Spinal Arte Vinyasa Yoga, which will focus on the abovementioned spinal rolls. The second is Freedom of Fascia in Yoga, where he will touch on Myofascia Release Therapy.

Malaysian-born Chong Sue Fay is here to help you soar – quite literally. This lass is a master trainer and senior instructor for FLYOGA®, which is a form of aerial yoga. She’s quite comfortable defying gravity – with over four years of experience in aerial yoga and two years of experience in aerial apparatus. These are the tools used when employing aerial yoga, like aerial hoops and silk. She’s also certified internationally as a yoga instructor, by the Malaysian Association of Yoga Instructors (MAYI).

Those familiar with the Malaysian yoga scene are certain to recognize Ninie Ahmad. With more than 15 years of teaching experience under her belt and her very own yoga studio, she is a force to be reckoned with. She’ll be conducting two workshops, one on Yoga for Fertility & Gender Prediction, and another on Yoga to Heal Severe Period Cramps/Traumatic Births/Postnatal Yoga.

Get your groove on with some slick dance moves, and let Amar Singh lead the way.  The Malaysian-born choreographer founded his own academy – with a mission to spread the joy of dance across Malaysia.  He’s well-versed in various dance styles like bachata, salsa, bhangra, Reggaeton and hip-hop. He’ll be conducting two workshops at MURFEST. The first is on Body Isolation (Reggaeton) and the second is on Cuban Rumba.

In the yoga community, Tymi Howard is called the “Teacher of Teachers” though she considers herself to be “forever a student”, a testament to how humble she is despite her varied skill-set. Skilled she certainly is, for she’s an international yoga teacher, health coach and owns her own yoga studio in her home country, The United States. She will be covering three workshops, all to do with the art of yoga.

With over 33 years of experience teaching yoga and a degree in Physiotherapy, it’s safe to say that Simon Borg Olivier has a deep understanding on the human body, and how movement is important. He will be conducting three workshops at MURFEST. Topics Simon will be covering are Resistance Training, Active Movements from Your Core, and Dynamic Rejuvenation and Relaxation.

Michelle – or Mishie, as she is known, is going to show everyone how the hula hoop is more than a toy from childhood. You heard right, the hula hoop is now a workout tool, giving you a dynamic exercise session like no other. Let Mishie walk you through Hula Hoop Dancing and Hoopography. She’s trained with some of the world’s top hula-hoopers, and is also “Head Play Professional” at The Hula Hoop Institute – Asia’s largest hoop dance organization.

As a life and love coach Christabel Zamor created the breathing practice known as “Breath of Bliss”. Good vibes abound here, as Christabel teaches this technique that is meant to empower people with love and positivity, using breathwork as the basis of the practice. Christabel’s workshops will focus on two facets that are intrinsic to Breath of Bliss – Love and Ecstasy.

Shervin Boloorian is one of many sound healers who will be present at MURFEST. His voice is his instrument, and as a vocalist, he is able to convey meaning through songs. Beyond this, he is also a sound therapy practitioner and has knowledge on vibrational therapy as well. He will be involved in two workshops, one on Sound Medicine and the other one Sufi Whirling and Sound Meditation.

Choreographers Mayur and Sachin are going to bring out the Bollywood kings and queens hidden in everyone, with their Bolly-hop dance that is a fusion of Western and Indian styles. If more traditional Indian dances are up your alley, then Folk Bollywood may be a better option, which incorporates styles like Bhangra, and is very high energy. Finally, put on your disco shoes for Retro Bollywood, which will feature throwbacks to past Bollywood eras, and invigorating melodies to dance to.

That’s not all! More Top 10s in Malaysia are waiting to be discovered!

The Malaysia Urban Retreat Festival (MURFEST), is a festival that integrates “Wellness, Music & Dance” into a 3-day event, gathering over 80 world-class Facilitators, Musicians and Artists. MURFEST is Asia’s number one platform in the Health & Wellness industry. Come join the fun on 4th to 6th November 2016! For more information, please log on to murfest.com. 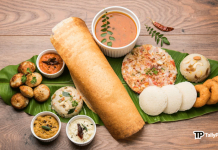 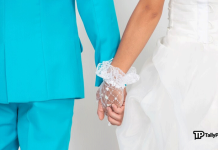 7 Possible Side Effects You Might Get From Deep Tissue Massage

10 Most Terrifying Roller Coasters Around The World

7 Signs of Not Being Able to Get Pregnant

Do You Dare Ride The World’s Longest Water Slide At Escape?

5 Recipes from the Banana Tree