All it takes to become an artist is to start doing art. It easier said than done. While some people are simply born with the gift of artistic prowess, others have to study to become fluent in the language of art. Even so, having graduated as an artist is not guaranteed that one will find a path of success especially when the beauty of art is often in the eye of beholder. We can imagine one’s choice to become an artist requires a lot of courage and sacrifice. Here are 10 bold and talented Artists from Malaysia, as voted by the public.

Highly obsessed with details, Monica Lee is an illustrator who draws mind-blowing photo-realistic images simply with graphite pencils. You can hardly differentiate her art work from photographic portraits. Surprisingly, Monica worked in the digital world for 12 years before making the jump to illustration. She spends about 3-4 weeks on a single drawing. The artist attributes her love for hyperrealism to her father, who worked in the field of photography. We highly recommend you to follow Monica for some of the most stunning photo-realistic drawings you’ve ever seen.

Vince Low prides himself with his scribble style of drawing which is an expression of himself and his chaotic imagination. Vince discovered this unique execution when he was scribbling on his sketchbook looking for something that is simple yet complex from within. Realising a potential in those scribbles, Vince then decided to take up the challenge to scribble and capture the souls and characters of people portraits. Suffering from dyslexia in his younger days, Vince found interest in the arts which eventually became the turning point of his life. Vince is also active in dyslexia awareness campaigns hoping to help change the life of dyslexic children.

Born in Seremban, Chong is a digital artist and illustrator best known for his detailed illustrations of Asian cityscapes. His works are like a cross between animation, sketching, manga and digital art. Chong’s work usually features a human figure in the foreground with a colourful yet eroding city in the background, which deceivingly looks like a water colour painting. Chong is also the co-founder of Running Snail Art Studio and he described that his personal challenge is to constantly discover inspiration to give new expressions to the regular observations he makes every day.

An illustrator with a thing for pastel colours and all things whimsical, Zhi Lin regards herself as a character designer. Browsing through her work, the first thing that would strike you is the imagination and liveliness that Zhi Lin implants in the characters that she creates. She is also highly interested in illustration for children and hopes to publish her own children’s storybook one day. With her 3 years of working experience, this young and passionate illustrator is currently freelancing and whenever she has the time, she will be busy improving her art skills. She is profound in digital art as well as painting, sketching and drawing.

Vincent Phang is a painter who has a thing for figurative and portrait painting. Vincent is best known for his series of human facial expressions which he describes are a universal way of conveying our thoughts and emotions without any form of verbal communication. Vincent hopes to capture the versatility of facial movements and expressions through his artwork. Vincent’s masterpieces are regularly witnessed in exhibitions across Penang since 2012, such as his work entitled ‘Selfie / A Journey of Portrait Paintings’ in 2014.

Featuring a mix of pencil portraits, dreamy and detailed watercolour work as well as mixed media on canvas, Caryn Koh is one talented Malaysian artist to watch out for. Caryn is more of an all-rounder capable of delivering artwork in simple sketches, watercoloured sceneries to detailed portraits. One noteworthy artistic initiative by Caryn was in collaboration with her friends Aleff Ahmad and Sliz whereby they created a painting named “A nation’s prayer”—a tribute to the MH370 tragedy. The painting reflects the ancient Japanese Senbazuru legend, symbolising hope of a wish granted to anyone who folds 1,001 paper cranes.

Emila Yusof is a self-taught illustrator who started off as a graphic designer in 1995 and eventually picked up illustration in 2007. Her passion for drawing and illustrating turned her into a well-known children’s book author in Malaysia and abroad. Using watercolour and coloured pencils as her preferred media, she has written and illustrated a number of very popular picture books, as well as a series of craft handbooks for children. Her whimsical characters are much loved and her talent has gained her loyal local and international fans, especially through her award-winning blog, Emilatopia.

Having launched his first solo exhibition “Beauty in the Beast” at Artemis Gallery, Publika, Haris Rashid, a Kedah-born and Kuala Lumpur-based artist, finds inspiration through nature and patterns of flora and fauna. According to him, he likes the organic shapes and lines he sees in nature, as nature is already an art itself. While his works are mostly mixed media, his main creative outlet is paintings. At his young age, he already has a strong social media following thanks to his vibrant illustrations with extravagant patterns and motifs. 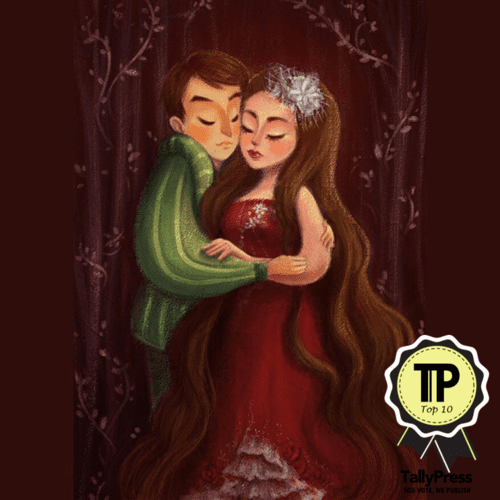 Having a Chinese name, her name for numerous occasions were mispronounced. This somehow led to her nickname and brand ‘Weili Wonka’. Why Wonka? Her first love has always been illustrations of children’s books. Roald Dahl is one of her favourite authors of all time and her favourite character is no other than Willy Wonka. Their similarities would include inventing—him, chocolates; her, stories and characters. With her own whacky sense of humour, she aspires to produce her own children’s books in the future. 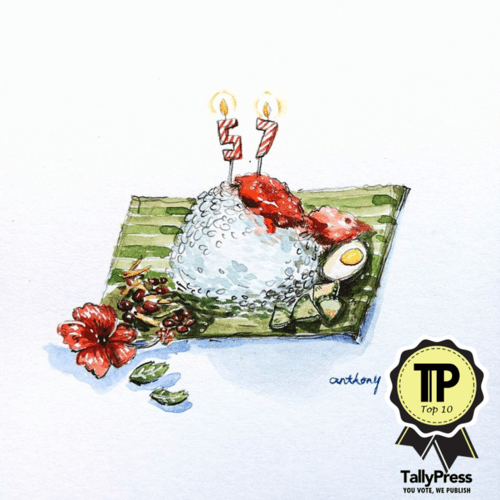 Anthony’s idea of art is to keep things simple and minimal. Passionate about applying watercolour and illustrations in his artwork, Anthony is obsessed with all things blended with a surreal or dream-like feeling. When we saw Anthony’s work, the stories that were conveyed through the simplicity and meaningful elements in his drawings caught our attention. Anthony describes himself as someone who sometimes paint, doodle, swim and dream at the same time. The realms he has ventured into are multi-disciplined designs, mixed media illustrations, dynamic digital publishing and interactive designs.

The compilation of this list was made from accumulation of Public Votes on Pollbook. To participate in future polls, download Pollbook on App Store or Google Play and follow TallyPress. 5 Worrying Phenomenons Around The World