Getting bored watching live sports telecast alone? Why not head out with your friends to a sports bar instead? With bigger screens, better choice of foods and drinks and a lively atmosphere, it certainly offers a whole lot of fun watching your favourite sporting events with the rest of the crowd. Here are the Top 10 Sports Bar in Singapore that you might want to check out the next time you’re in the game to catch some sporting action. Located at Clarke Quay, Pong Singapore takes the traditional beer pong game to the next level with the first ever digitally interactive table game of “pong”. Equipped with PONGConnect, these tables offer an audio and visual gaming experience unlike all others, using the latest RFID technology. Enjoy weekly live band performances, DJ sets, happy hour promotions and more, alongside first-class service, for an unforgettable experience. It might be old but it’s definitely gold for Muddy Murphy’s, which has been around for over two decades. It boasts everything a sports bar needs: plenty of large screens showing every sport from football to golf; wide selections of beers; and an authentic Irish pub setting that makes you feel like you are in Ireland itself. No wonder it has been a favourite watering hole among many expats and locals until today. Ever wonder what it’s like to chill out with a beer while enjoying the game in a British pub? Well, you don’t have to travel all the way to the UK since The Penny Black is just as authentic as it gets. The pub was even literally designed and built in England before it made its way to Singapore! Besides football, they also screen other live sports like Formula 1 and tennis. This cosy backpacker pub in Boat Quay houses a combination of pub and restaurant, complete with live music and quiz night. Beers, regardless of taps or bottles, are reasonably priced while ladies get to enjoy free flow of spirits at just $25 every Wednesday from 9 pm to 12 am. For sports fans, look out for the announcements on their Facebook page to see what’s on live television. If you like your sports bar loud and happening (it’s situated in Clarke Quay anyway), McGettigan’s is worth spending the night with good beers and big-screen live sports excitement. Just keep in mind to reserve a table before you make way to McGettigan’s to avoid disappointment. Hero’s is no doubt a true hero of a sports bar located on Circular Road. They have a few large-screen TVs showing all kinds of sports with the likes of football, rugby and boxing matches. Not to mention this is a go-to watering hole with live band performances every night. Book a table right here. Don’t let the generic name fool you. Cafe Football happens to be co-owned by ex-Manchester United legends Ryan Giggs and Gary Neville! True to its name, this sports bar doesn’t disappoint when comes to screening live football matches such as the English Premier League. If that’s not enough, Cafe Football is also located at The Arena, a sports facility complete with few football pitches and fitness programmes like Muay Thai, indoor rock climbing and archery. Harry’s has been around for over 25 years and still counting. Since their establishment in 1992, Harry’s has spawned 21 bars across the island. They may be a jazz bar but you can still catch a game or two on their television such as football, MotoGP, rugby and even cricket. A word of advice, though: just make sure to check out their calendar here before you head out to one of Harry’s bars. Scrumptious Australian cuisine, delectable small bites, reasonably-priced beers… these are some of the reasons that make Boomarang a favourite spot among many Aussie expats. The bar is also equipped with large-screen LCD TVs, screening live sports like football, basketball and MMA. And if you are a huge fan of Australian sports, this is definitely the place to be as you get your chance to watch the likes of Australian Football League (AFL) and National Rugby League (NRL) as well. Show off your darting skills or even challenge other opponents at i Darts! Who knows, you might get to make new friends as well. As for beer lovers, look out for their promotions such as the “Mixed Bucket of 5” where you can choose any of your favourite beer bottles or Carlsberg & Kronenbourg Happy Hour Tower. You can locate i Darts throughout Singapore including Bugis+, SAFRA Mount Faber, SAFRA Jurong, SAFRA Punggol and JCube. 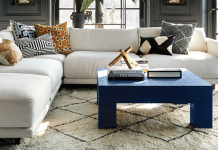 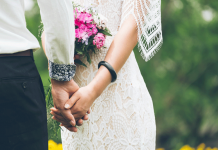 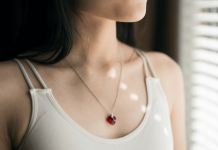 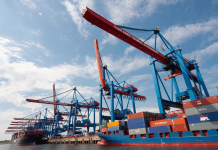 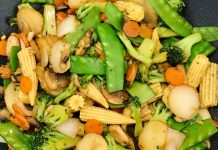 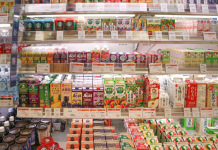 7 Drool-Worthy Milo Recipes You Can Try At Home

Dine in the River with BBQ Lamb KL Kemensah!

10 Cafes Worth Visiting In Melaka