Encompassing different genres, our local music scene is constantly booming, thanks to the increasing number of musical talents. While there are some awesome works being produced by some of the local bands, we believe the local music scenes deserve further attention and love. If you are not thoroughly exposed to the noises in the local music industry, here is a list of Top 10 Malaysian Music Bands, voted by the public, which will help you get familiarized. HUJAN is an award-winning band who has gained fame in the local and international music scene. HUJAN started in 2005 with Noh Salleh creating music demos on MySpace and gathered a following of fans. Deriving motivation from this, the band was formed in 2006. Living and breathing the element they take their name after—HUJAN, which means ‘rain’ in English—their music alternates between the light, heavy and torrential storm as a reflection of the many stories, moods and agendas which are embedded in their songs. HUJAN has been on multiple worldwide tours and they are one of the most successful indie bands in Malaysia.

2) They Will Kill Us All They Will Kill Us All or TWKUA (for short) is an experimental, indie, pop band from the realms of Kuala Lumpur. Considered as one of the forerunners, TWKUA originated in 2003 as a weekend project between Edwin and David, two old friends who decided to get together to form a band to build their vision of music. After years of tireless effort, TWKUA released their debut album Secret Episodes in 2008 and their second album Vulture not too long after, showcasing their deep British indie influences. Coining their music as noise pop, you can check out their song “Sirens” for melodic hooks crafted with thick layers of instrumentation. Formed in 1997, Love Me Butch has a long history in the local music scene producing post-hardcore and sing-a-long kind of genres. Their efforts have seen them crossing the borders of Malaysia to countries like Thailand, Singapore, Indonesia and Japan participating in tours and concerts. To-date, Love Me Butch has released countless of EPs and 3 albums with their latest album “Worldwide Transgression” released in Dec 2011 and more than 1000 copies were sold within 3 weeks of its release in record stores. For some fast, heavy and furiously catchy metal roots, Love Me Butch is the band you should tune in to. Bittersweet is a British-pop-rock-influenced band which was formed in 2004. Originating from Ipoh, they go beyond the conventional by combining elements such as rock, punk, indie, pop and disco in their music. Looking up to legendary bands like Oasis, The Stone Roses, and The Beatles, Bittersweet likes showing up on the stage in well-fitted, colour coordinated, neat suits, playing a good blend of sounds. Driven by passion, in 2006 Bittersweet released their first album called “Perfect Match” followed by their second album called “Empire’s Transition” in May 2011. With massive support from fans all around Asia, Bittersweet has toured Jakarta, Bandung, Singapore and all around Malaysia. PESAWAT is a Malaysian indie rock band formed in 2005. They call themselves “PESAWAT”, which means airplane in English, to reflect their fast and loud music, and to symbolise their dream of bringing their music across the world. PESAWAT made their way into the public spotlight in November 2008 after releasing their first single called “Mirage” which skyrocketed to No. 1 after debuting on FlyFM Campurchart. Since then, PESAWAT continued to make waves with their bilingual hits such as “Excuse me”, “Rasional Emosional”, “Mesti Mau” (the official theme song for Twisties), and more. Thriving on metal, hardcore and experimental music, this young and spirited band from Kajang has performed in more than 300 gigs within and beyond the country since their founding in 2006. The Padangs believes the key to making a band special is to enjoy playing music together in order to strengthen the relationship between each member. Backed by such unity, they have successful stamped their presence in the country with their 2008 debut titled “Accidents Were Made” followed by creations such as “No Mercy” and “Waste No Time” in 2011. Starting out in early 2003, Kids On The Move is passionate about hardcore music. KOTM has been constantly on the road, showcasing their talents and sharing the stage with bands such as FC Five, Comeback Kid, The Geeks, and Break Even. KOTM dreams to play beyond Asia and to conduct more tours. With a few signature releases such as “Directions” and “Changes” under their belt, KOTM is influenced by bands such as Ten Yard Fight, Hold True, and Miles Away. It’s just a matter of time for Kids on the Move to break out to become a “grown up” in the hardcore music genre. Maddthelin was formed in 2008 and they deliver a mixture of post-hardcore and screamo elements in their music. If you are a fan of Eyes Set to Kill (an American posy-hardcore band from Phoenix, Azirona), you may fall in love with Maddthelin too. Maddthelin prides themselves with their singles such as “The Best For Me to Stay”, “Dawn of Tomorrow”, and “Forfeit” which will leave a strong impression on you. Also known also M16, Massacre Conspiracy plays melodic metal core music. Founded in 2008, M16 is largely known for their upbeat music and outstanding live performances.
M16 made a name for themselves by building on the momentum of their fruitful singles such as “Start Looking towards the Sky” and “Bloodless”. This led them to produce their full-length album “Lost Holocaust” which was released in 2013. Some other M16’s milestones include playing in the Rock The World stage and Canada’s top annual music festival Envol et Mecadam. Not to forget, they clinched the “Breakthrough Artist” Award at the 8TV’s Shout Award in 2012. Tres Empre is a Malaysian post-hardcore band. Formed in the late 2010, Tres Empre comprises a vocalist, a bassist, a drummer, a keyboardist and 2 Guitarists. Tres Empre has released one EP entitled “Division of Dreamers” as well as their debut album entitled “Antagonist” in October 2014. 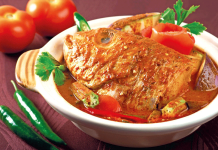 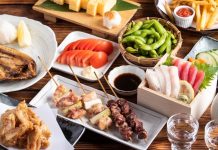 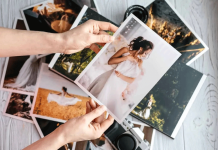 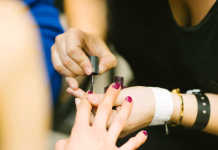 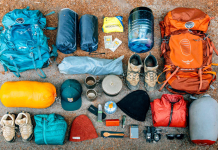 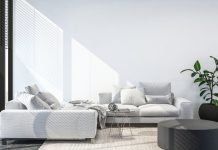 8 Ideal Cycling Spots To Check Out In Klang Valley

6 Best Desk Lamps To Buy Online to Illuminate Your Bedroom

3 Places Where You Can Learn How to Make Your Own...

Godiva Is Offering You A Great 50% Off Promotion For A...