Malaysia’s multi-cultural and multi-racial heritage is most prominently exhibited in its diverse music and dance forms. Aside from traditional dance, young Malaysians especially the millennials are also being exposed to the Western cultures and started picking up Hip Hop, Contemporary, and Street Dance etc. Dance is a powerful impulse, but the art of dance is that impulses channelled by skillful performers into something that becomes intensely expressive and delight spectators. Here are our Top 10 homegrown Dance Troupes who are readily equipped with the best skills to impress the world. DONNA’s, one of the dance cover teams from Ei8hty Se7en Streets Dance Academy, consists of 6 young and energetic ladies. Led by their leader, Apple, the team specialises in K-pop and street dance. They have extensive experience in event performances and have participated in numerous dance competitions, namely J&K Competition 2015, D’Dance Volume 2 2014, and BPFA K-Pop Dance Competition 2014. Formed in 2011, Zeppo Youngsterz Crew comprises of a group of young and professional street dance performers. They recently won the title of ‘Dance Group of the World’ under the 2014 Junior Grand Champion category at the World Championships of Performing Arts in Hollywood, California. Over the years, the troupe has gained more than 250,000 video views on their YouTube channel and has acquired more than 1,400 subscribers. The 10-pax dance troupe, Inversion, was officially formed on 7 July 2007. Each member is equipped with distinctive talents, skills and experiences in the street dance industry. They aim to create the possibility that “everyone can dance” and look forward to spreading the joy of dancing to everyone around them. Over the years, the team has won numerous competitions, such as Genexter Street Dance competition Putrajaya, Sg. Wang Super Dancers 2014, Tasto V-Dance 2012, Hari Belia TM Dance Competition 2012, and many more. They are fully experienced in stage performances, music video shoots, musical theatre performances, flash mobs, events and on-ground activation performances. Fuxion Dance Crew is a KL-based dance troupe that consists both female and male dancers, Fuxion specialises on K-pop dances. The team mainly covers EXO, Infinite and BTS. Fuxion represented Malaysia in the K-Pop ASEAN Festival Dance Cover Competition in 2014 and successfully made it to the top 8. In June 2015, the dance troupe also bagged the KBS World category at the 2015 K-Pop World Festival, Malaysia. Led by Celica Dance, this KL-based dance troupe is a group of professional entertainers with unique identity and outstanding showmanship. Their performances incorporate energetic and mysterious elements which made them the champion of Clash of the Kingz 2015. Starting small in 2007 with only popping and animation, today Elecoldxhot has emerged to be a group of passionate and professional dancers. The troupe aims to prove to the world that dancing is a lifestyle. Elecoldxhot has proven their track record by winning Astro Battleground 2008, Suntec Dance 2011, and 8TV Showdown 2011. In 2013, they represented Malaysia at the Hip Hop International Dance Championship and won a bronze medal. With their clean choreography, fun and refreshing routine, they received a roaring ovation from the crowd for their excellent performance at the competition. Bounce Stepperz was formed in January 2010 with a mixture of female and male dancers. Each member has their own speciality in the areas of traditional Malay dance, hip hop, contemporary and street dance. Bounce Stepperz brings a new element into the dance industry such as street traditional which has a combination of traditional Malay dances. They have won first place in several competitions in 2012 including Hari Wilayah Street Dance Competition at Dataran Merdeka and TM Street Dance Showdown at Seremban. Katoon Network was formed since June 2009. The troupe enjoys creating stories and uniqueness on stage. They’ve appeared in many events as a guest performer and have taken part in countless national and international competitions. They are the first team in Malaysia’s history to win twice at Astro Battleground. In addition, they are also the champion of Tinge Dance Competition 2009, Malaysia Hip Hop International 2011, and Sepang Super GT Xtreme Dance Competition 2012. Founded by Danny Lee in 2010, Rejuvenate Dance Crew is a group of 7 talented individuals who combine the art of popping, b-boy, and street dance into a medley of awesome showcases for all their routines. The team has been making many appearances in various events in Malaysia and Singapore as the team is inspired to showcase street dance and bring it to the next level. One of their proudest moments as a group was when they were the 2nd Runner-Up at the 8TV Showdown All Stars in Malaysia. Formed in 2010‚ Epsilon got its name from the fifth letter of the Greek alphabet and began as a five-member group that performs songs by popular South Korean band SHINee. Led by Dayana Anith, the troupe has performed in various corporate and charity events all over Malaysia. They made their first public appearance at myHottest’s 1.59 charity event at Korea Plaza back in 2010.  The troupe has gained even more attention after they won a bronze prize in the second UCC (user created content) contest organised by South Korean English entertainment channel Arirang TV in 2011. 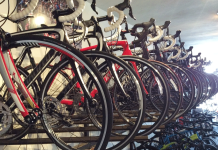 Nokia Is Throwing It Back With A 4G Flip Phone With...

How serious is plagiarism? This video will tell.

Tealive Is Here To Fix Your Cravings With Their DIY Bubble...

Doc2Us Collaborates With Pharmacies For Better Care And Service