It wasn’t too long ago that he shuffled through the doors of The Roof for a press conference a day before he performed at PLAY Club KL for “The Red Party”. “When I started making music, I never even knew that there were genres. To me, it’s just music and the stuff that I listened to. I grew up listening to a lot of Michael Jackson, jazz, R&B, hip hop and of course, Motown. So when I make a song, I kind of just groove and make the melody, and then the melody kind of finds itself into some kind of a genre”, said Stefan Kendal Gordy – better known as Redfoo at the recent press conference at The Roof. Redfoo definitely know how to keep the crowd roaring in excitement when he made this statement, “Get ready to party, bring your dance shoes. Bring some kind of umbrella ’cause I will be doing some champagne showers. Bring your party crew, bring all your friends
that like to party!”.

“The Red Party” hosted by Redfoo and Party Rock Crew took place at Play Club KL on 2nd June and got the crowd jumping and dancing all night long with his spectacular performance. Amidst the champagne showers and dancers shuffling, that is the infamous trademark of a Redfoo performance, lays a musical character who displays his love of fashion in his own clothing line, LA FREAK. 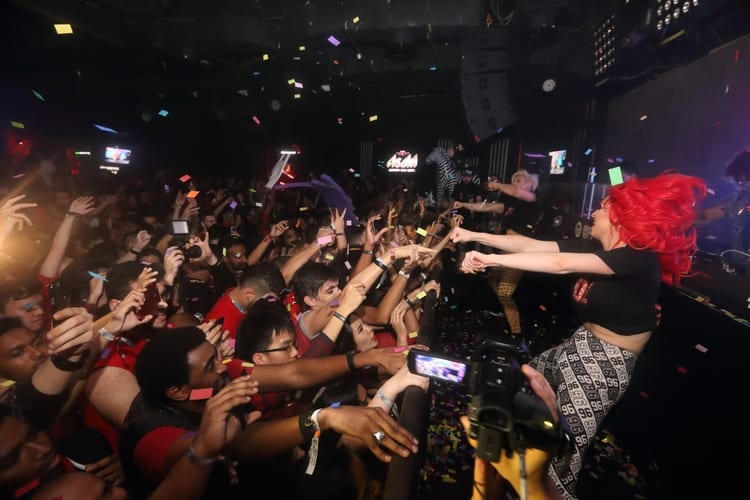 the deck, sang and danced till about 3am. Screams and cheers came on louder as Redfoo ended his set with some real champagne shower and confetti drop on the passionate red crowd.

8 Interesting Tidbits About Shadow and Bone, Including BTS Snippets!

The Cast Of Netflix’s Shadow and Bone Spills the Tea on the Show!

The Cast Of Netflix’s Shadow and Bone Spills the Tea on Their Characters! Why Tiger Crystal Is The Ultimate Refreshment For Our Hot, Sunny Days

Solar Mamas Are Working Hard To Bring Electricity To Kampungs In...