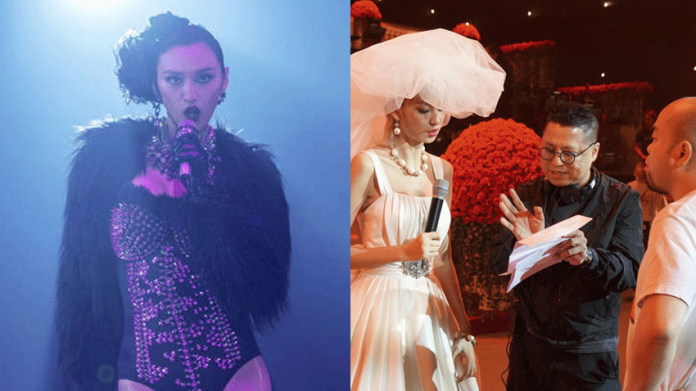 For those who grew up throughout the 80s and 90s era watching Hong Kong movies at the time, Anita Mui was one of the most recognisable names in the industry. Both an accomplished singer and a versatile actress with over 45 movies to her credit, she has acted alongside the late Leslie Cheung in the award-winning “Rouge” (1988) and co-starred with Jackie Chan in hits like “Drunken Master II” (1994) and “Rumble in the Bronx” (1995). However, her illustrious life came to an unfortunate end when she lost her battle with cervical cancer on December 30, 2003, at the age of 40.

Eighteen years after her death, we finally get a long-overdue biopic of the late great Anita Mui titled “Anita”. Currently showing in cinemas nationwide since November 18, here are some of the interesting trivia and why you should watch “Anita”.

Having watched “Anita” earlier, I was impressed by how great this Hong Kong movie turned out to be. Below are the 5 reasons you should watch this in the cinema.

Whoever takes on the role to play someone as important as the late Anita Mui is undoubtedly a monumental task. But to my surprise, a Hong Kong model with no acting experience actually managed to pull off the feat with great success. Not only does Louise Wong bear the physical resemblance of the late singer but she also successfully embodies Mui’s overall mannerisms and speech patterns.

You may or may not recognise the name of Longman Leung. But you have probably seen the first two “Cold War” films, two of among the most financially-successful Hong Kong movies of all time. You know, the ones that starred Aaron Kwok and Tony Leung Ka-Fai as two opposing high-ranking police officers. “Anita” marks the director’s first foray into the biopic territory and here, he has efficiently pieced together some of Mui’s crucial moments of her professional and personal life.

3) The Movie Has Great Supporting Roles

“Anita” also benefits from solid supporting turns from most of the cast. This includes Fish Liew in her sympathetic role as Mui’s elder sister, Ann and the ubiquitous Louis Koo in one of his best performances to date as Mui’s long-time stylist, Eddie Lau.

Director Longman Leung doesn’t take shortcuts when comes to depicting the golden era of Hong Kong during the 80s and 90s. In order to fulfil the period settings, Leung and his production crew meticulously recreated the settings with the help of green screens and CGI.

5) The Movie Features Some of Anita Mui’s Famous Songs

The Anita Mui biopic wouldn’t be complete without featuring her songs and there are plenty of them. This includes Louise Wong performing the then-controversial “Bad Girl” and the heartfelt “Song of the Sunset” on the big screen. Such moments would be a treat especially for die-hard fans of the late singer.

With that, the cinema beckons. Don’t forget to catch “Anita” while it’s still up!

6 Different Education Systems In The World Malaysia Should Consider

Britain Has Been Dumping Their Plastic Waste In Ipoh Landfill

KFC Pairs Up With Pestle And Mortar To Fight Against World...